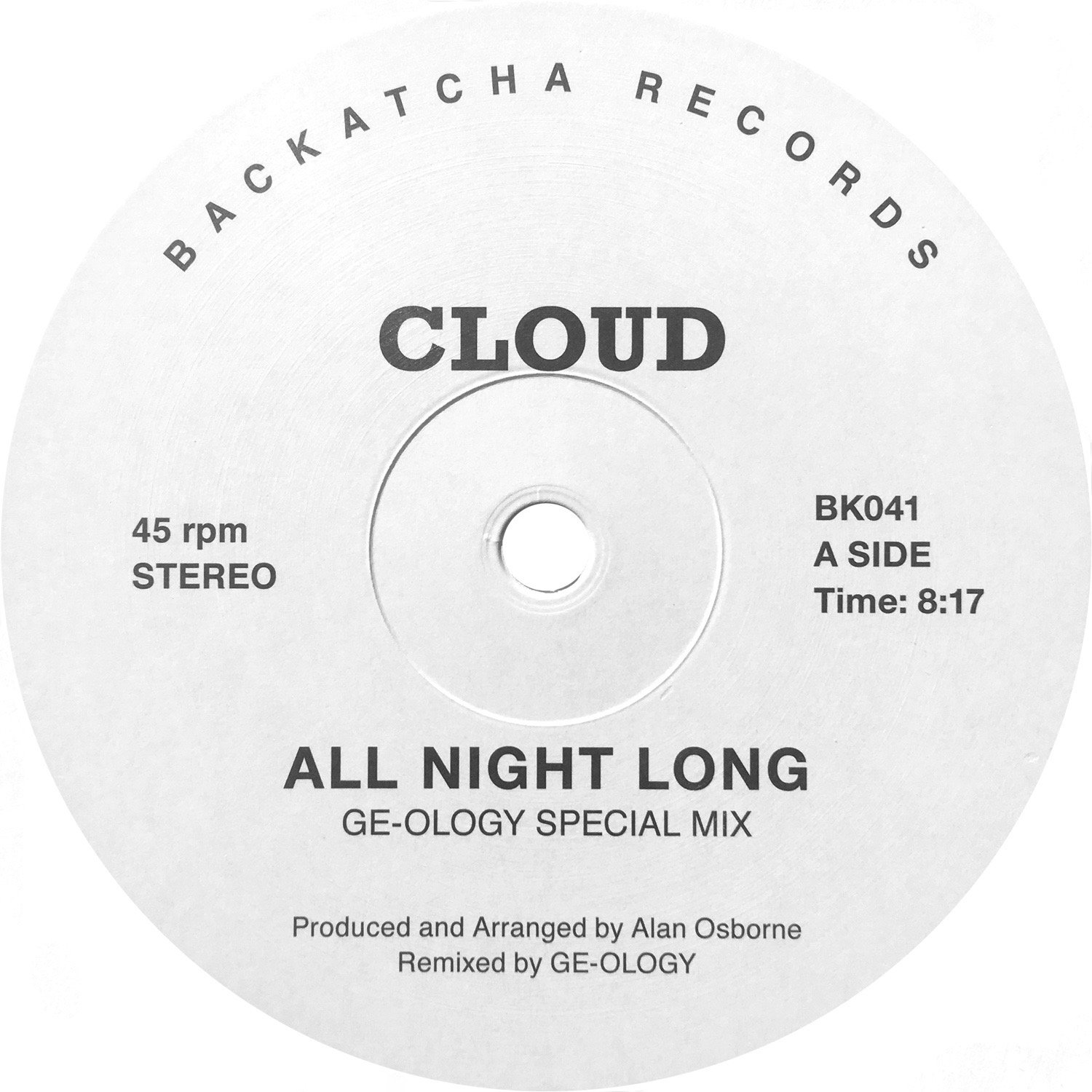 Cloud’s sought after Brit-Funk classic ‘All Night Long’ remixed by GE-OLOGY from the original studio tapes for a two-track 12” featuring main and extended dub versions.

“Remixing these rare classics is so great, gems I’ve been playing out in clubs for years and then getting to work from the tapes to create something new is a special thing,” says Geo.

Originally released in 1980 as a white label single, Cloud’s debut was the first in a handful of titles released by record dealer, label owner and producer Alan Osborne.

In the early 80s, Swindon Town’s Flashback Records shop was a major hub for the local jazz-funk scene, supplying DJ’s and punters the latest US imports across the West Country. Ran by Alan, an avid record collector and DJ, he’d started the business from his bedroom in the mid-70s before setting up shop in the town specialising in oldies.

“That was just around the time of the start of disco and punk and I was contacted by a shady guy who used to sell stuff to me out the back of a van. So I began to get a reputation for stocking all the latest disco and funk imports, which started as a sideline but gradually changed the nature of the business, though I still kept the name” (Alan Osbourne from Record Collector interview, Oct, 2020)

He got involved with Cloud after a band member who was a regular customer brought in a demo tape for consideration and it went from there. Alan explains, “We recorded the original of ‘All Night Long’ at Tudor Studios in Swindon. It was quite a new set-up at the time ran by some metal-heads who were keen to hire out the studio. When we were there they thought the music we were making sounded pretty strange, they said they’d heard nothing like it before ... I think it was also pretty unique at the time for a jazz-funk band to be from outside London or Manchester so it was worth promoting that. The west country was pretty big on jazz-funk but largely neglected.”

Whilst Cloud was generally a live band playing mostly covers, the musicians wrote their material for the studio recordings, with Alan producing, arranging and tailoring the final mixes for club playback. As the band line-up changed, this formula continued for several singles appearing across various labels including his Rygel Records venture featuring Cloud offshoot Style X as well as various new wave and punk bands. 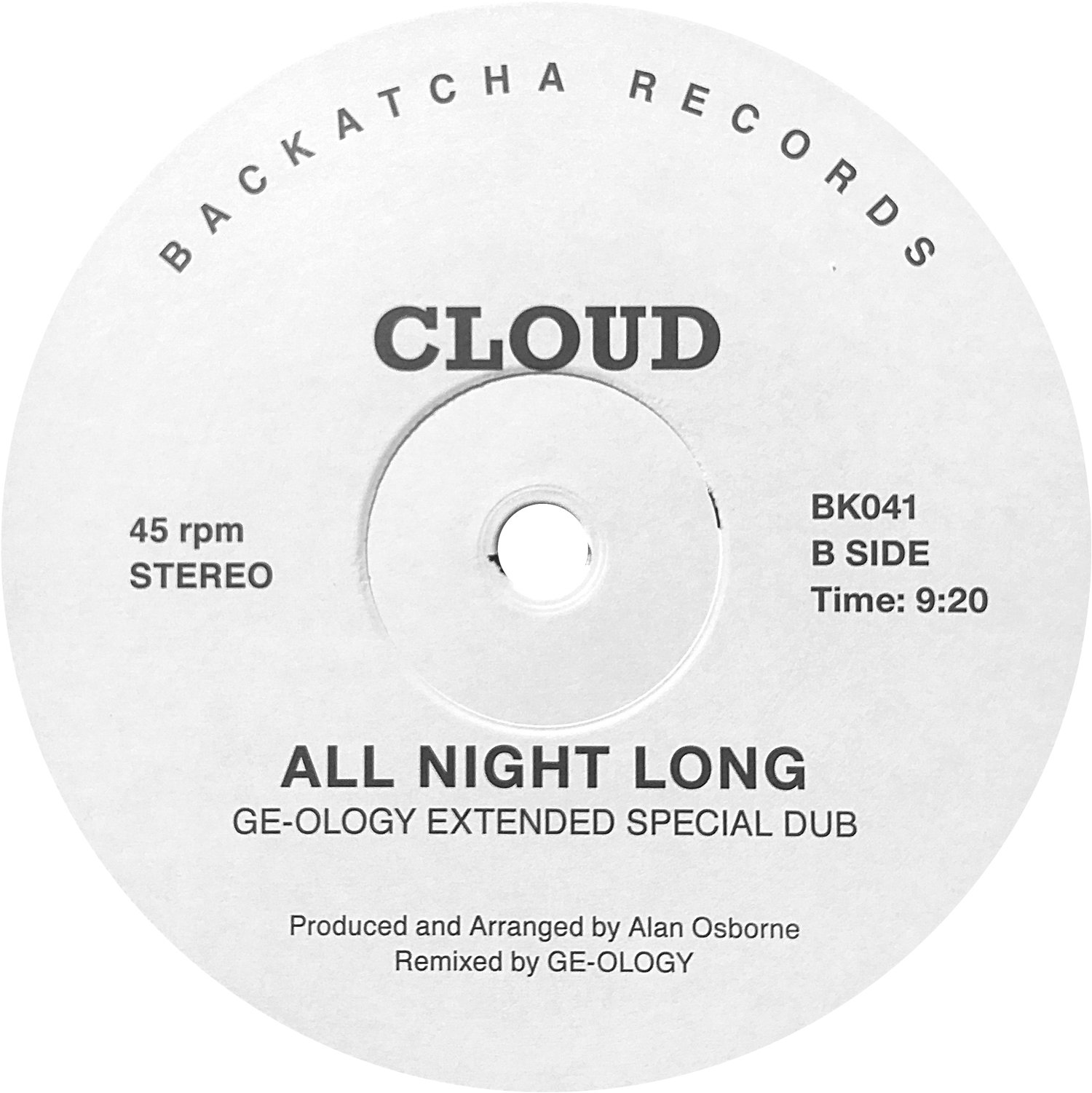