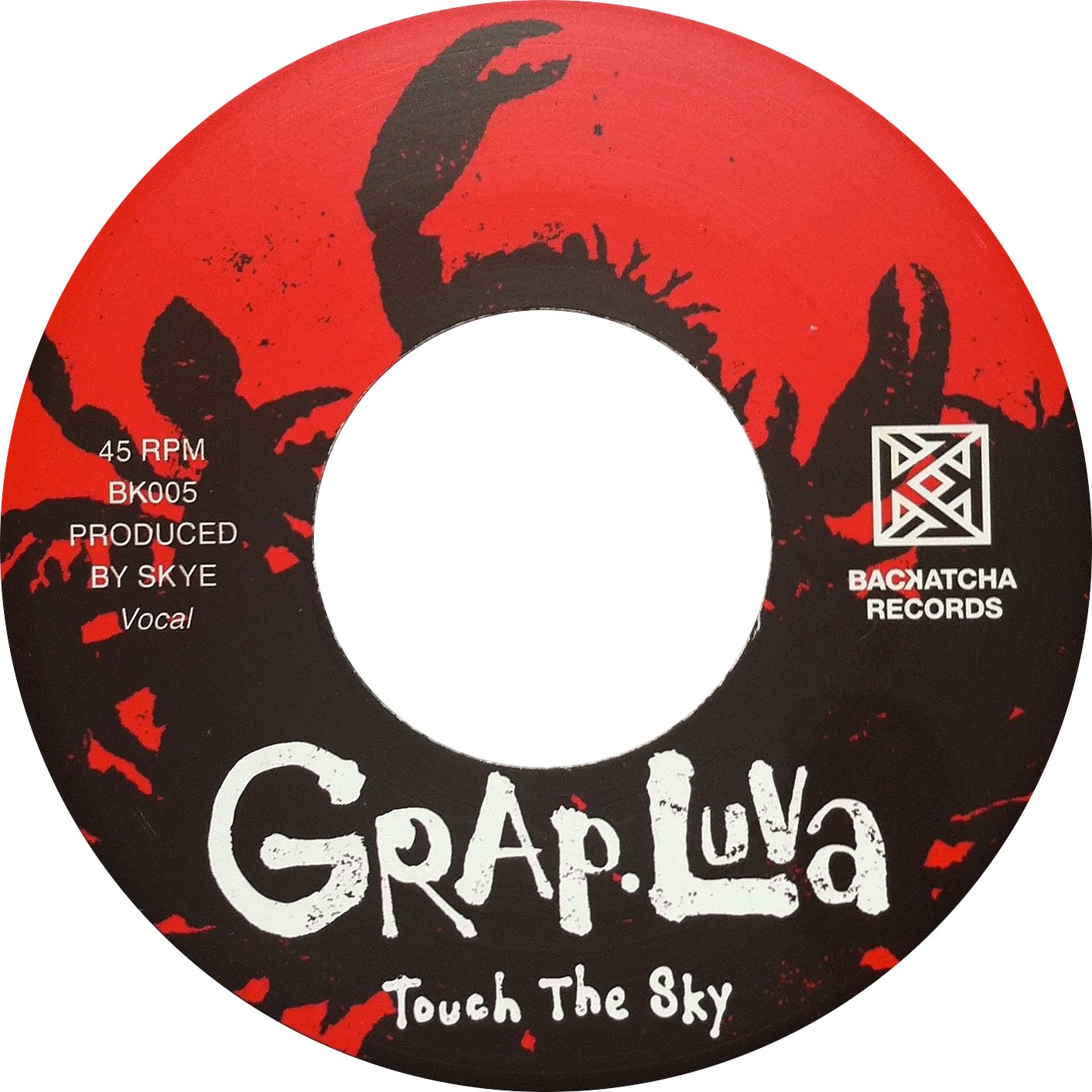 LAST COPIES IN STOCK OF THIS TITLE.

Originally released on the Wide Angles compilation in the late-90's, the stand-out cut 'Touch The Sky' by Mount Vernon's Grap Luva and Barkingside's DJ Skye, is remastered from the studio tapes and available here on 7" with vocal and instrumental (previously unavailable). Limited to 200 copies.

Recorded in 1998 in a rural countryside house where there are "no neighbours for a mile" outside the village of Peasenhall, producer Steve Pickton aka Skye had relocated at the time from his native East London hometown to set up his studio 'The Otherworld'. This track is one of many he collaborated on with fellow hip-hop heads from across the pond during this period.

Grap Luva was in town so with the help of Steve's housemate and engineer Tom Giles (pictured with lighter), they made the most of Grap's visit and laid down the recording. Steve explains "We padded out the big cupboard under the stairs adjacent to the studio room with duvets and stuff to make a pretty good vocal booth, although Grap said it was warm in there! We hired a tape machine and a high-quality mic and Tom engineered it and I produced it. Well in truth I think the vocals were recorded in early 1998 but the beat was 1997."

"It was quite a late night and the next day Grap and Wes from Seven Heads had left. They drove back to London at about 3 AM in the morning and we did the cuts. They were a little spooked about how rural it was. I remember them joking about it saying about weird old country customs!"

A veteran of sorts, Steve Pickton has rocked the tables with a diverse collage of music for decades to an equally diverse array of audiences. Firmly rooted in hip-hop, he's been recognised as a champion beat collector, producer and music-man since the early-80's. Throughout the 'nineties he was on rotation on the Techno circuit, playing and releasing music under various monikers on various labels including his own 'OtherWorld' imprint. Since then his focus has come full-circle. He remains active musically both on and off record.

This remastered and exclusive 'Touch The Sky' Vocal/Inst flip 45 is the first of the Skye sessions on Backatcha. 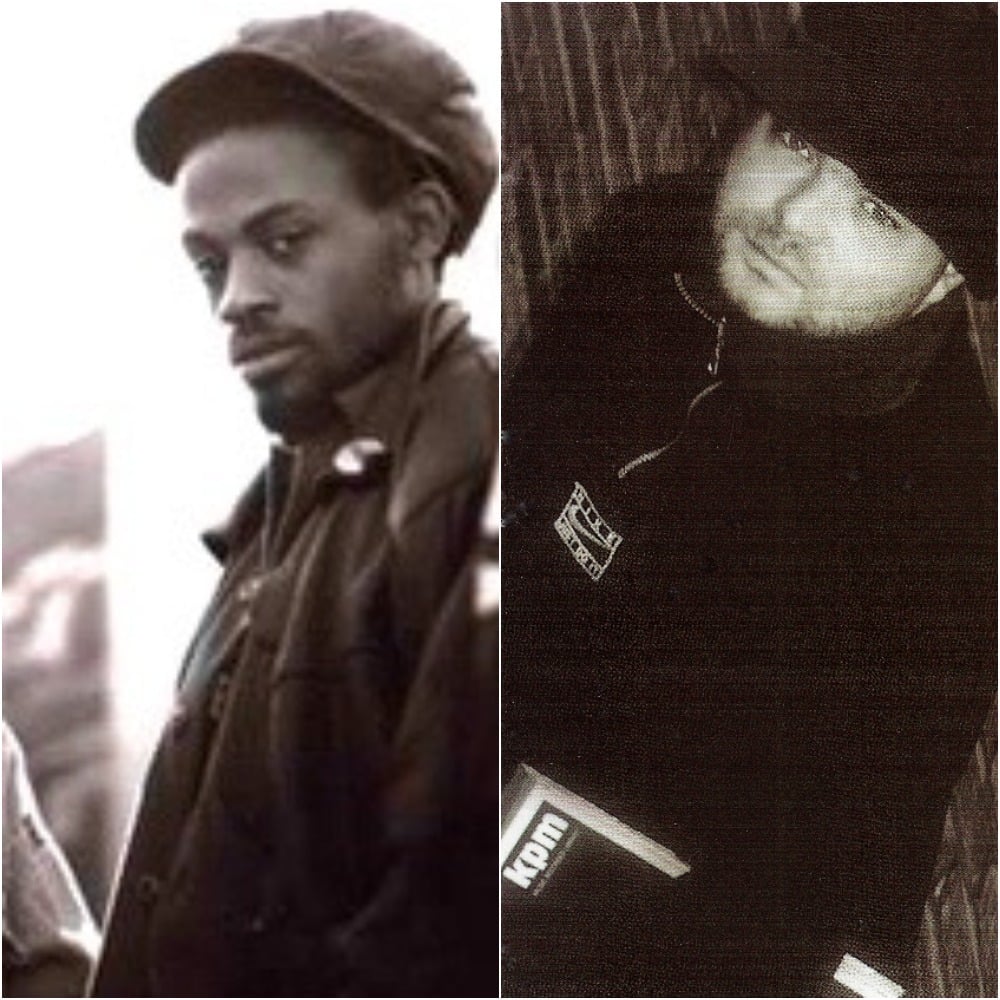 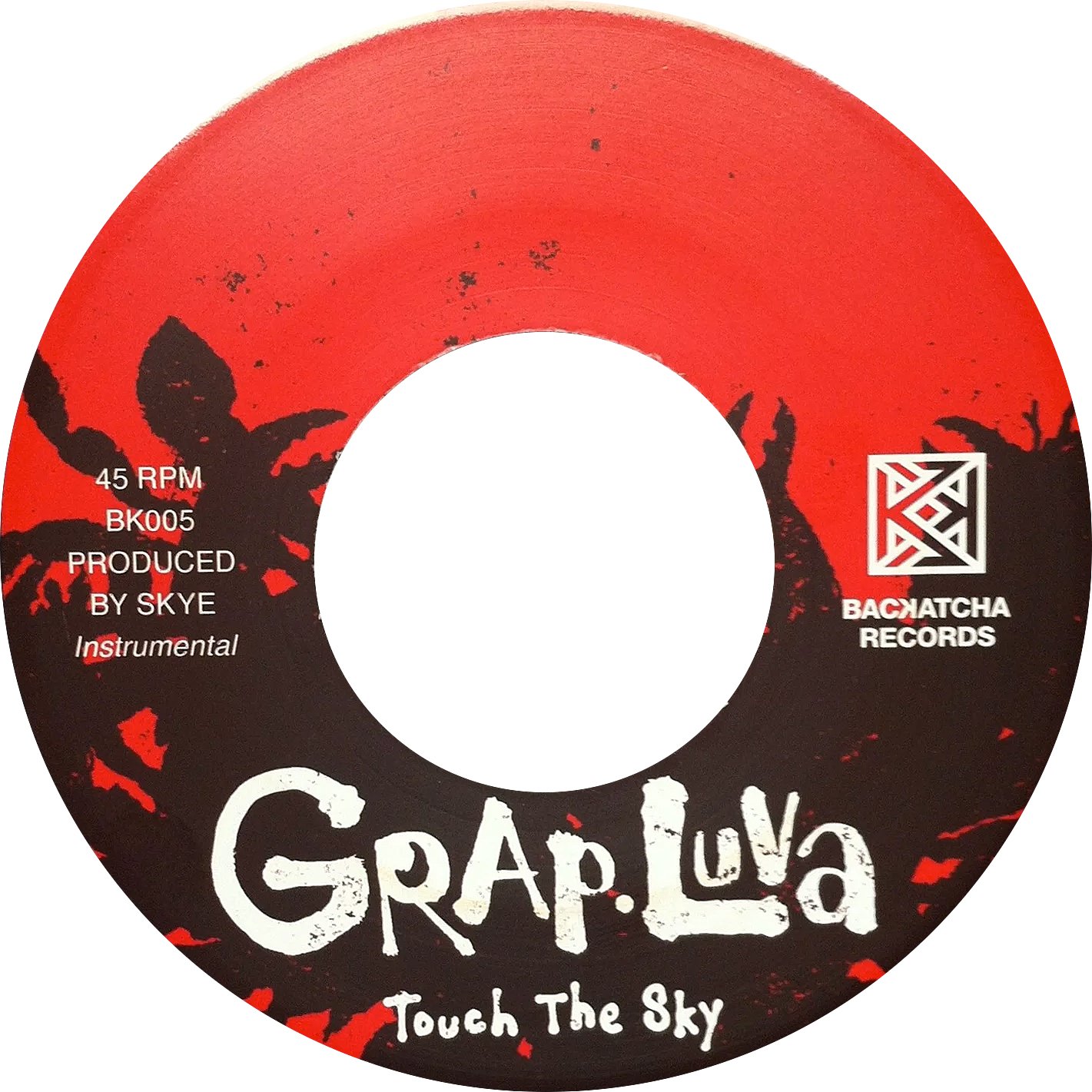 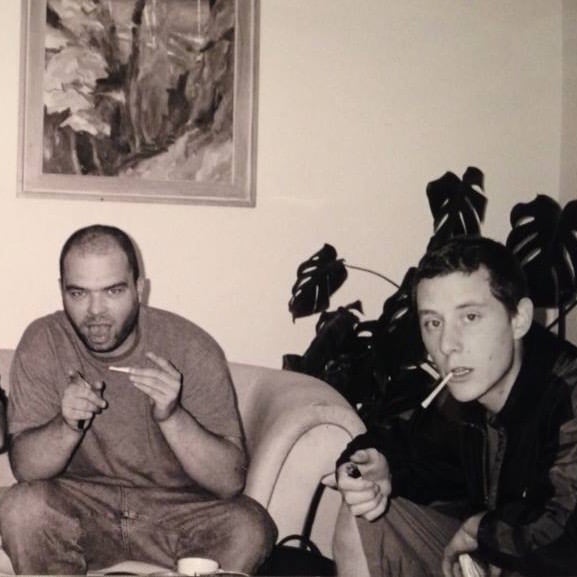