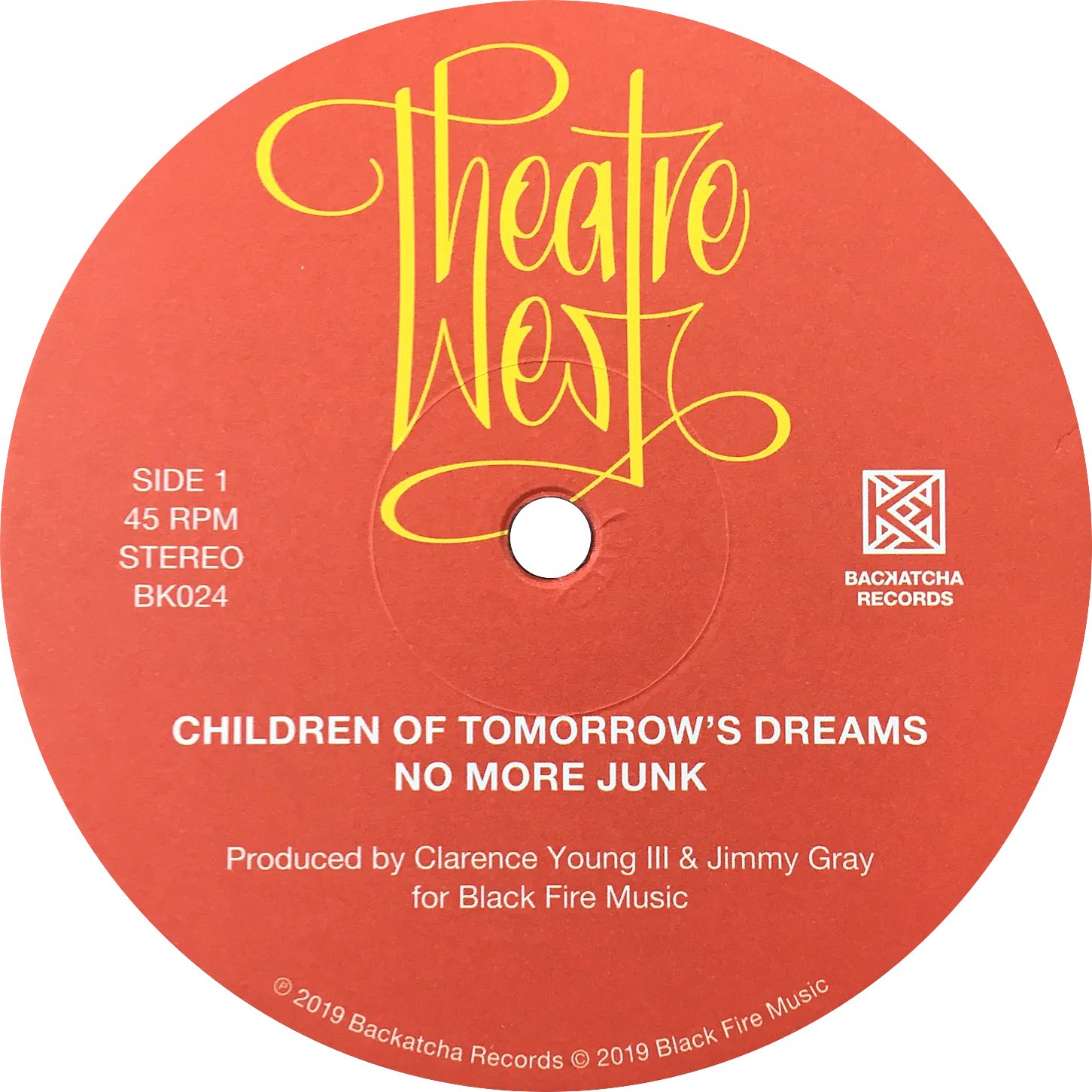 Limited 12" EP w/full colour art-work - Four recordings of Theatre West on vinyl for the first time from the vaults of Black Fire Records.

Originally recorded in 1976 in DC for Jimmy Gray’s Black Fire Records (Oneness Of JuJu, Experience Unlimited, Okyerema Asante ‎etc), Theatre West’s studio efforts remained shelved until 1993 when a local CD-only release was made available from Gray’s tape archives as evidence of its existence.

Now in November 2019, Theatre West’s recordings are released on vinyl for the first time by Backatcha Records thanks to James ‘Plunky Nkabinde’ Branch who supplied the original master tapes recorded at Arrest Recording Studios in Washington, DC.

Hailing from Dayton, Ohio, Theatre West was a music and drama troupe that travelled and performed throughout the US during the 1970s. Made up of musicians, singers and dancers, it was led by composer and playwright Clarence Young III.

“The group gained local and national fame In 1971 with the production of ‘The System’, which portrays the plight of being black in a prison called America ... performing skits, songs and dances based on the theme that black people are ‘children of tomorrow's dream, today's spirit, and tomorrow's hope." (WSU Guardian Student Publication, 1972)

Fellow musician and composer Delbert Taylor was Musical Director for Theatre West. A Dayton native known for his work with Slave and Gil Scott Heron’s Midnight Band, he’d previously recorded with The Fabulous Originals on their one-off sought-after funk burner 45 ‘It Ain't Fair But It's Fun’. By the mid-70s he was based in Washington, DC alongside fellow Theatre West and Midnight Band players including vibes-player Ben Wilson and bass-man Sigmond Dillard, often collaborating on recordings with local jazz musicians.

Performing a play called ‘Black Love’ in theatres around the city, Theatre West’s musical output was all soul, funk and jazz, catching the attention of disc jockey Jimmy Gray who was scouting for talent for his new Black Fire imprint. Alongside Clarence Thomas and his troupe, Gray co-produced an album’s worth of Theatre West recordings at Arrest Studios. However, due to funding shortages and other commitments, the tapes never materialised onto record until now. 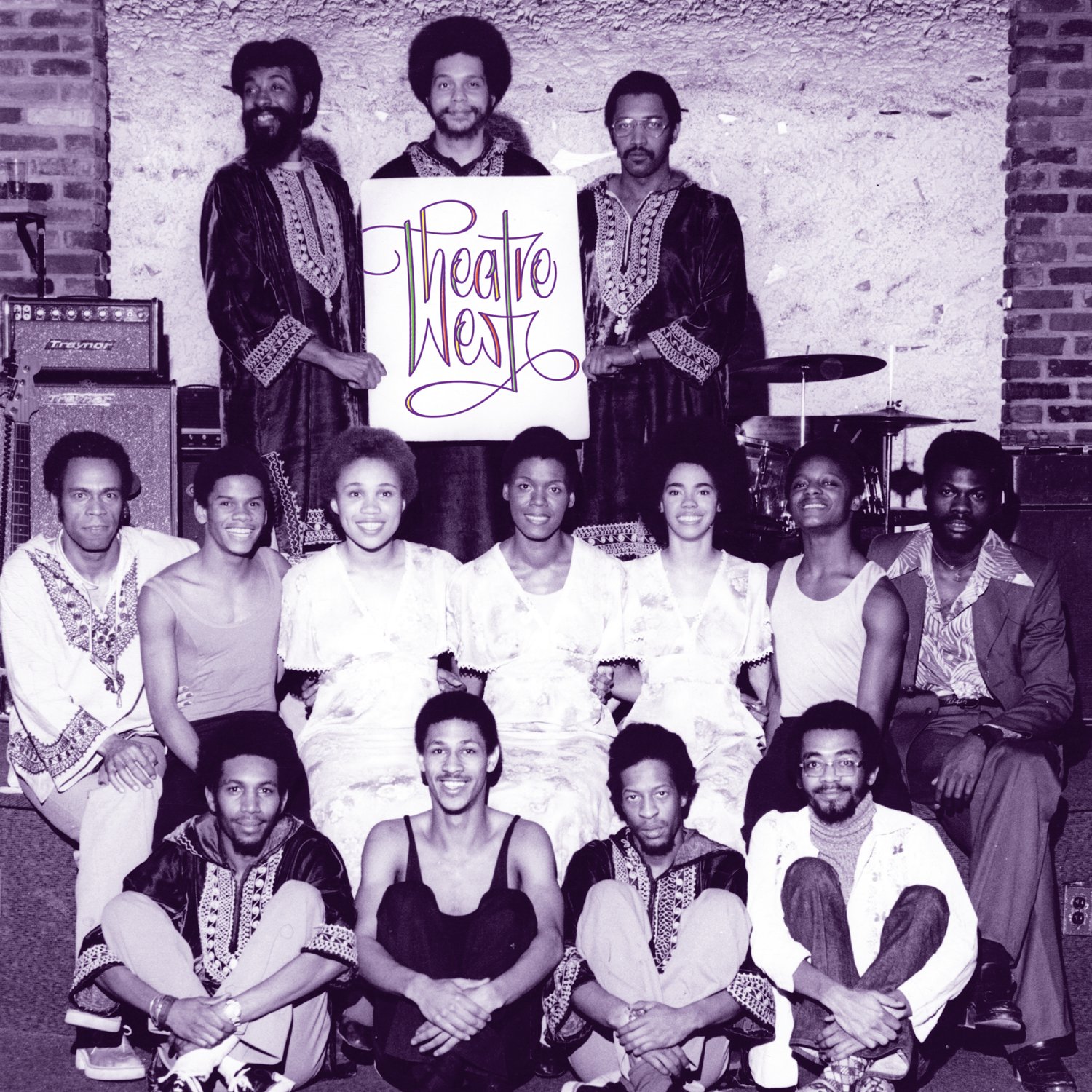 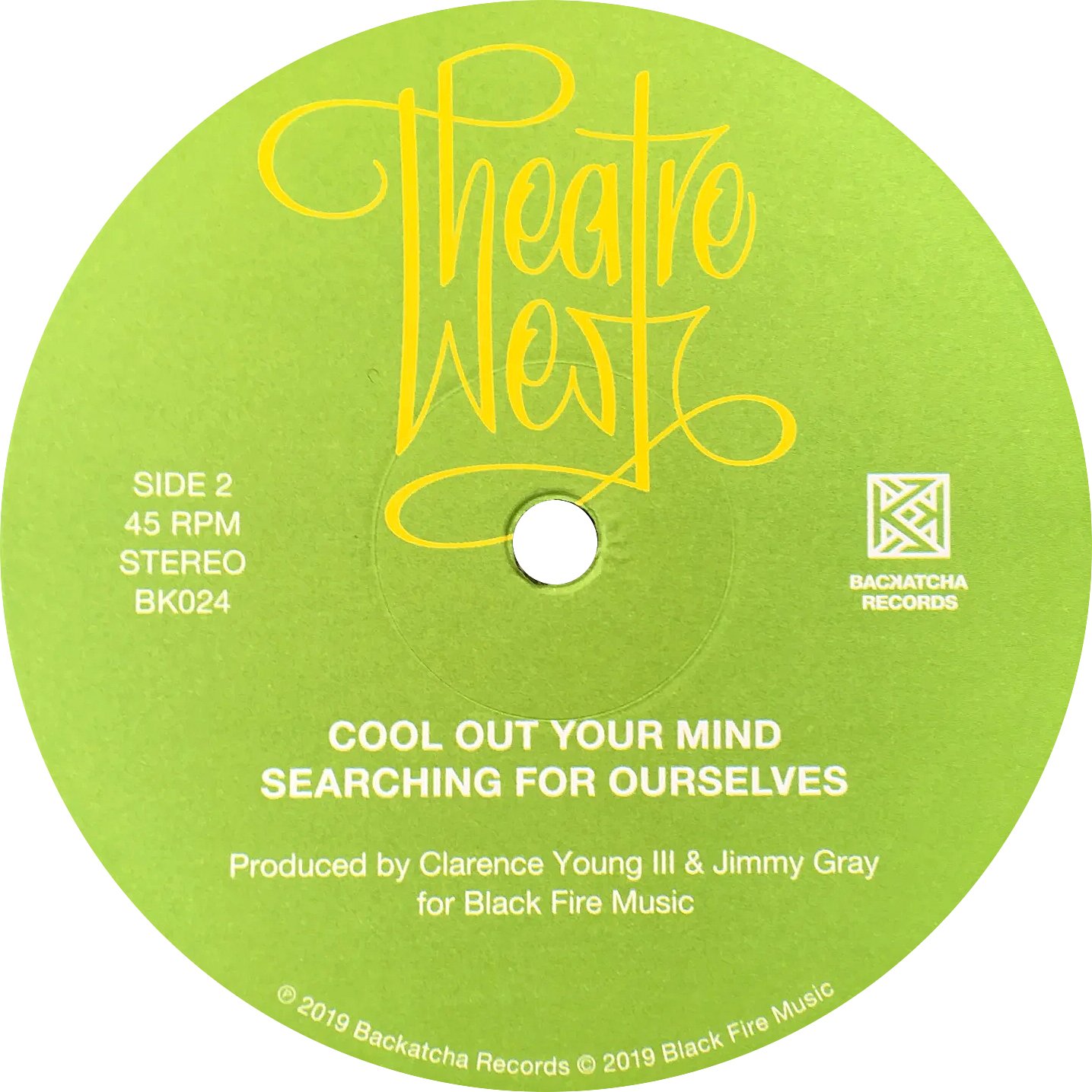