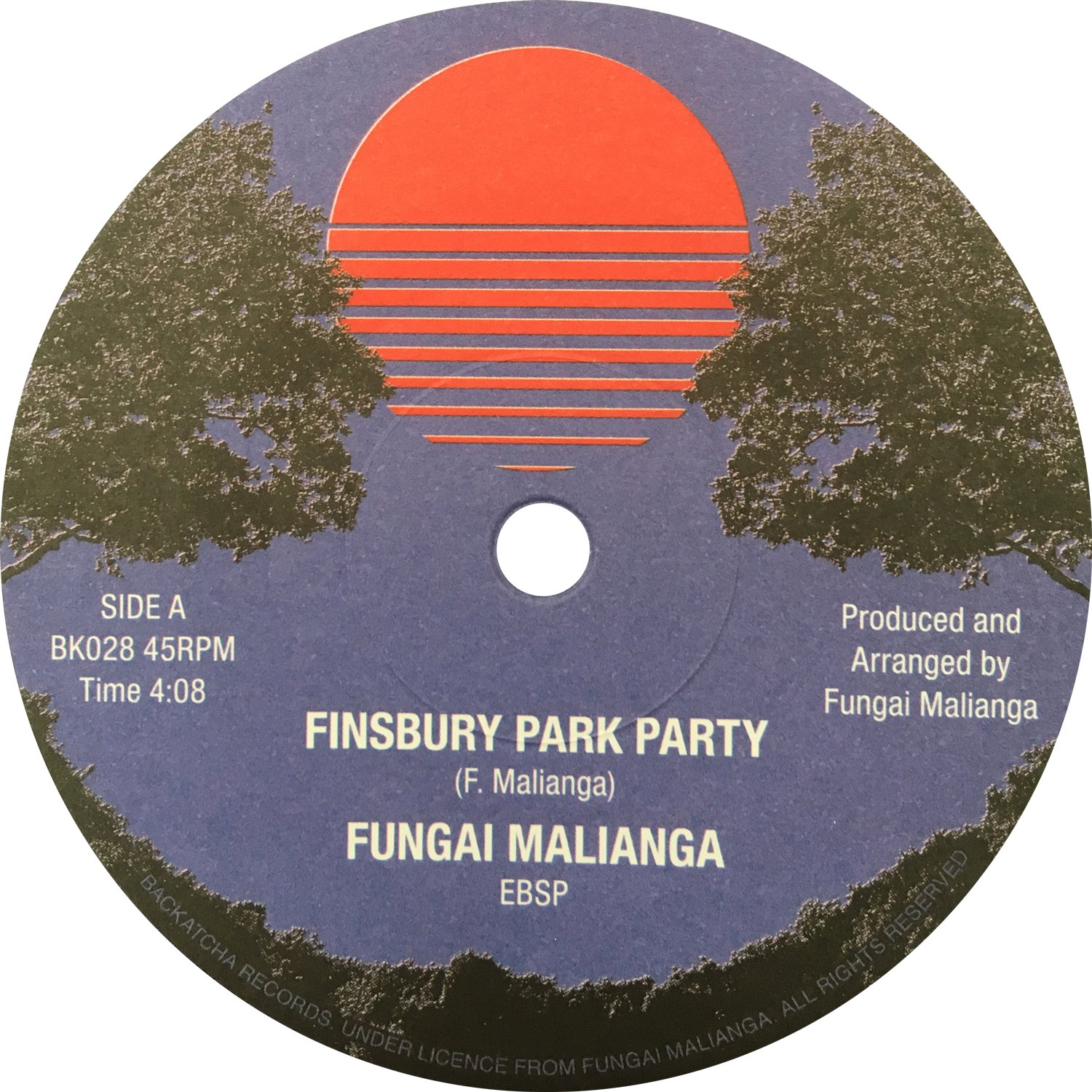 Disco-funk recorded in London in the late-70s by Fungai Malianga who'd relocated from South Africa to North London a few years previously. A funk-led ode to his manor, ‘Finsbury Park Party’ is sporting break-beats, tape echo, a horn section and a narrative on Harringay’s finest known landscape. This is backed by the b-side version of Lennon–McCartney’s ‘Things We Said Today’, not only the most unknown version until now but also the grooviest.

Recorded in 1979 at Elephant Studios in Wapping, the musician line-up was made up of Zimbabwean, Jamaican, Nigerian and British artists including members of The Funkees and Osibisa such as Sonny Akpan on Congas, Fred Zindi on bass and Roy McBright on drums.

A Harare-born singer and guitarist, Fungai Malianga had already cut his teeth in the studio alongside friend Fred Lindi and Davies Mhambi recording ‘Power To The People’ as funk-trio Stars Of Liberty. “In Zimbabwe we were into western funk and rhythm and blues. My brother went to the USA and would send us records back. Ray Charles, James Brown, The Platters... we would listen to those and mix those rhythms with our hometown style” explains Fungai. Relocating to the UK in the early 1970s, Fungai taught mathematics at Goldsmith’s College in New Cross whilst pursuing a part-time career as a musician performing at Ronnie Scotts, the 100 Club, Music Machine and across the London pub circuit.

Later, Fungai became a member of the eight-piece Funkees Band for three months before making his solo debut on Mr Rana’s roots reggae label Burning Vibrations based on Harrow Road from the mid-to-late 70s. “We went to the studio and afterwards my friend Jerry who managed us took our master down there and they released it” says Fungai. However, the single was to be the first and last excursion into disco funk for the roots imprint and the release faded into obscurity amongst the golden age of import twelves and the burgeoning brit-funk scene nationwide.

After this, Fungai returned with some SA-released singles for Gallo Records including ‘Zimbabwe Funk’, and ’Voodoo’ in 1981. That was followed by a South African tour with his new outfit Zimfunk, a seven-piece band predominantly from the West Indies. Under Fungai’s lead, Zimfunk mixed popular Marabi (township music), American funk and whatever else informed their learning. In the early-80s, he returned home to London where he had stints with various jazz groups and continues to record both solo works and various community group projects.

A serious funk offering with the sounds of London from yesteryear finally in the spotlight and available now.