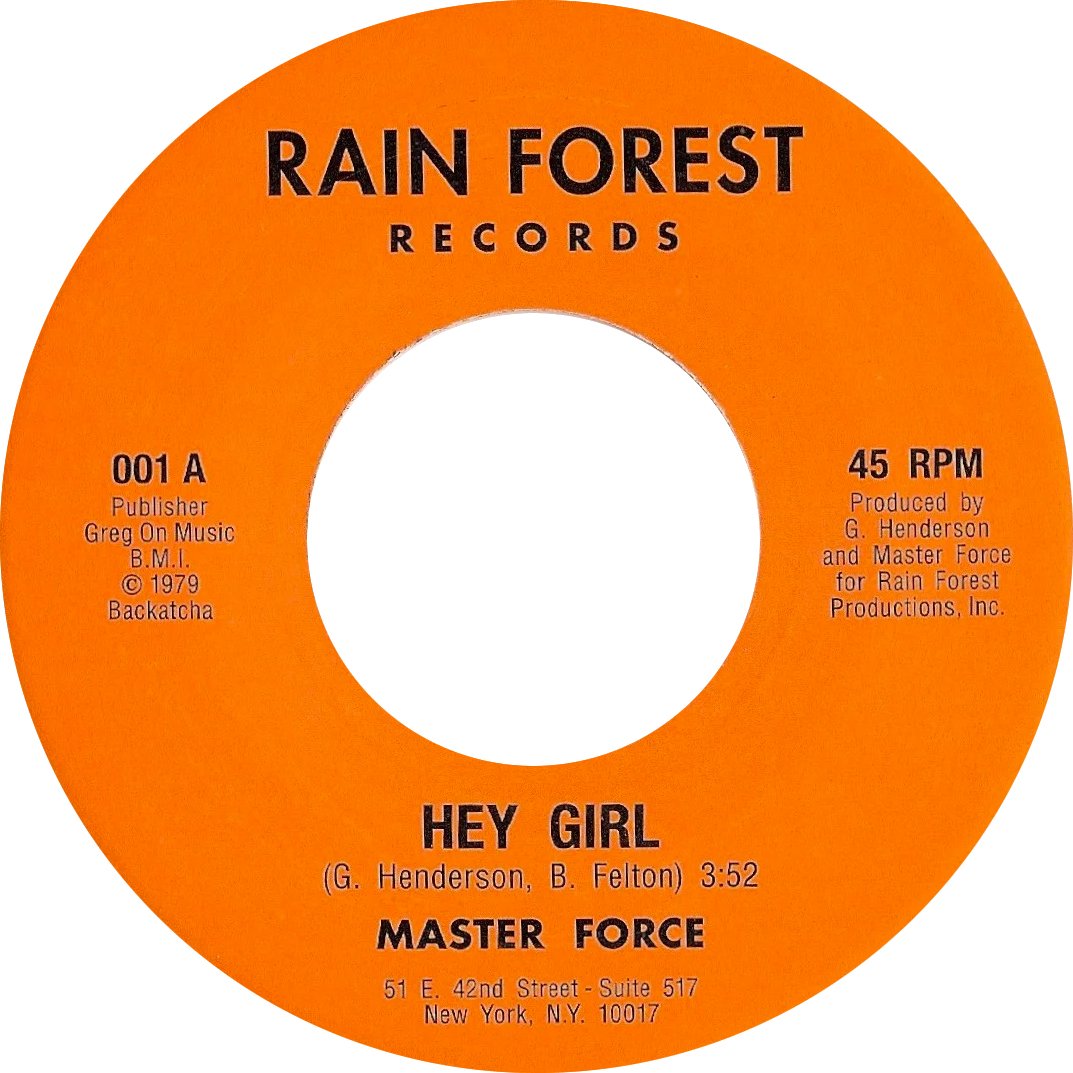 A standout choice on any playlist, Master Force’s 1979 release ‘Hey Girl’ c/w ‘Don’t Fight The Feeling’ has become a staple classic across generations tuned into the soul-funk-disco sounds of late 70’s New York and all its makings.

Originally released on both 12” and 7”, both singles had different mixes and are equally sought-after. Whilst Greg’s work has been heavily bootlegged over the years, the Master Force 45 mixes favoured by many have remained both untouchable and unavailable to most.

For the first time, Backatcha reissue the original 45 versions on a remastered official 7” licensed directly from Greg Henderson.

“Masterforce creates its own unique sound and has a groove all on its own. The group is guided by the dedication, love and faith in themselves and the sound of the soul-filled feeling of MASTERFORCE”

Led by composer and trumpet player Greg Henderson, Master Force were a 10-piece band based in Brooklyn, performing in the late 70s onwards throughout the city. They adhered to a strict rehearsal regime and headlined the club circuit including an evening at Carnegie Hall. “I’d played the trumpet for so many bands and I loved writing music. I was used to leading bands and organising musicians to get results. I always had a lot of original material I wanted to play so the concept for Master Force came naturally” says Greg.

Residing in Bedford-Stuyvesant, lead singer Bernie Felton had already been cutting 45’s with his vocals on Doo Wop singles since the late 50s and had a few generations worth of craftsmanship to share with his bandmates. “His vocals were so smooth and silky, he was an incredible singer,” says fellow Tenor-Saxophone player and music teacher Don Echoles. “Sid Bratton our keyboard player had the keys to the mailroom at his job and we had an arrangement to rehearse there after hours. Everyone really put a lot into it.”

The female lead was Angela Blake whose formative years in the church navigated her professional career as a seasoned vocalist. After Master Force, fellow singer and friend Yvonne Lewis (Rainbow Brown) recommended her to audition for Roberta Flack and the rest is history. She started touring with Flack in the early part of 1982 and has since recorded and sang backup behind many; Ronnie Dyson, Tito Puente, Sharon Jones and the Dap Kings, The Kills, Bette Midler, Roxanne Shante, Jessica Simpson, and Amy Winehouse to name a few.

There was a lot of experienced players and talent in the band and Greg knew the club scene and how to get the shows. Their music was sophisticated and the dress code reflected that. “Greg had us dressing real smart, he knew how to get gigs and really present a strong image. He always dressed sharp” says Doc.

“You gotta believe in what your doing,” says Greg.

“He’d write all the music and bring it for us to work on. A lot of bands just did covers but Greg was about original material ... we’d go through the parts and maybe add something that worked with the flavour. We were all about the rhythm section. Like ‘Hey Girl’, you hear that baseline? That’s me man doing that ‘Lovely Day’ bassline over” explains Doc about his Bill Wither’s inspired groove.

Produced by Greg Henderson and self-released on his Rain Forest Records imprint, the record was to be Master Force’s first and only release for the label before the group disbanded going their separate ways in the early 80’s. 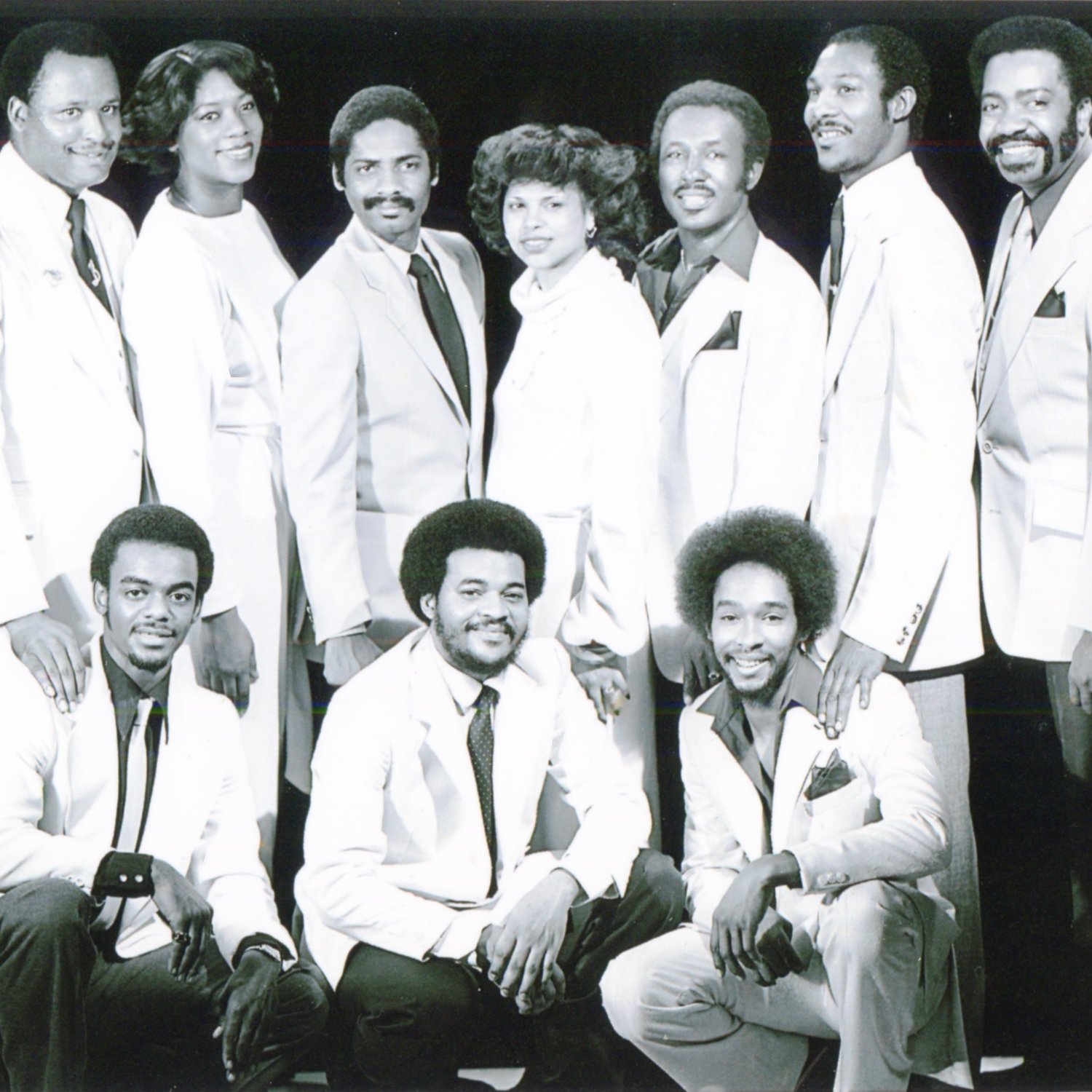 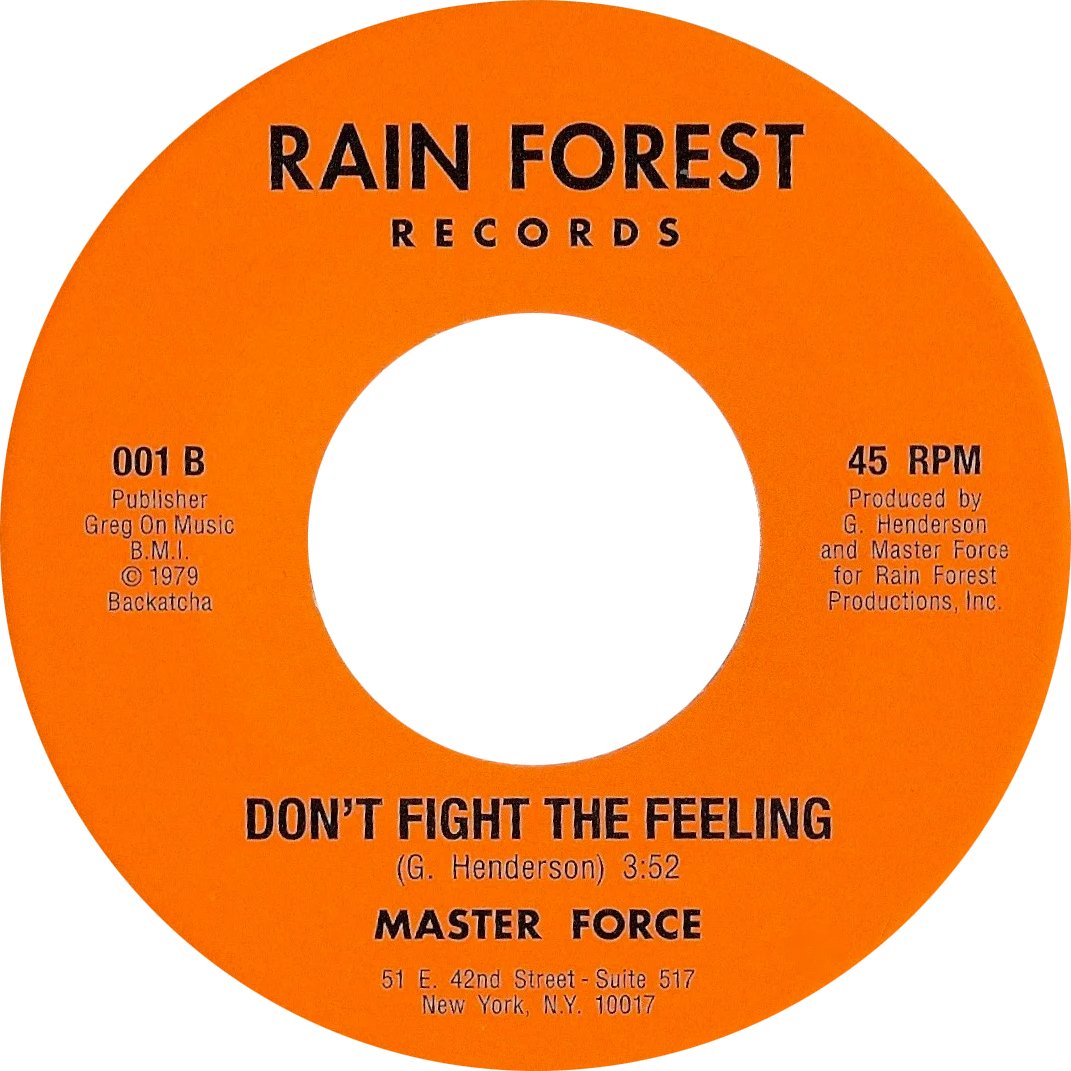