Originally sent out as an elusive limited mail-order single on Valentine's Day in 2004, The Bees 'I Love You' has since been described as a 'modern Chicano oldie', a testament to the songs yesteryear style soul ballad status. Penned at their Steam Rooms home base in Ventnor, Isle Of Wight, Bees' songwriter Aaron Fletcher reminisces on making the record.

How and when did the Bees form?

"The Bees were formed by myself and Paul Butler in 2000, though it’s possible it was the summer of 1999. We had already a number of releases under our belts as Pnu Riff & The Exploding Thumbs on the super independent Holistic Records run by Steve Dungey. These were groove-based, left field inspired joints. Our influences ranged from all the Mowax releases, Fela, Lalo Schriffen, Aphex Twin & Rephlex records, dub, James Brown, Curtis Mayfield, Indian Ragas, Alice Coltrane, and loads of diverse juxtaposed legends. It really was the basis of what The Bees was to become. We got all the weird vocals out of our system with that one. Got to develop our production, our songwriting, our performing, lyrics... learnt about the industry, mixing, mastering, promo, press. I love it. We were just kids really and we were so blessed to have discovered all these incredible bands, artists, and genres to feed on."

Did you write most of 'I Love You'? What was the process of putting the composition together with the band and Paul Butler producing?

"I wrote the lyrics and melody for 'I Love You'. It was an amazing time. Tim Parkin was on drums, Michael Clevett on Guitar and Paul on Guitar, they were having a pre-writing session jam in our Steam Rooms basement. I was upstairs probably putting the tea on, then suddenly the groove for 'I Love You' came flowing up through the floorboards. The melody popped, the lyrics came straight away... it was time to write the 'I Love You' song, really it was like that. I had always set myself a brief to never write those words in a song. It was time to be broken, the groove was just too strong! I ran down, stopped them and delivered what I had, and it just went from there. We laid down the demo over the rest of the day and added the horn line that was derived from the vocal hook. Paul and Tim worked on the harmonies. It was classic Bees writing, relaxed and real."

Was it recorded at Steam Rooms or Abbey Road?

"So yeah, the demo was recorded at The Steam Rooms but we laid the final at Abbey Road. When we recorded our second album Free The Bees, it was a slightly anxious session for 'I Love You', as we had a killer demo and we needed to make sure it was going to do it justice. Thankfully we nailed it! I mean we were in heaven at Abbey Road, it was such a huge highlight of our careers. Damn good times."

Steam Rooms looks like a vintage hi-end set-up and together with Bees sound, one gets a strong sense that yourself and Paul Butler are heavily informed by a lot of great records both musically and technically. Could you elaborate on this learning? One hears a lot of influences musically and the way you mixed your recordings from golden era Funk, Soul, Psych, West African sounds, Roots, Library etc. (eg some 'Winter Rose' vocal delivery reminds one of 'Ark Of The Covenant' by Congos)

"You got it! Basically, we learnt from all the corners, from performers, producers, songwriters, from genres, styles, techniques, mavericks and traditionalists... We progressed our approach literally song to song, we had all the focus on the moment. There was an imperfect balance of inspiration and influence against output."

What are some of the records you've had on repeat over the years from your early days buying records?

What are you currently working on?

Pictured L to R:
Paul Butler & Aaron Fletcher at The Steam Rooms.
(Photo taken by Aaron with a timer) 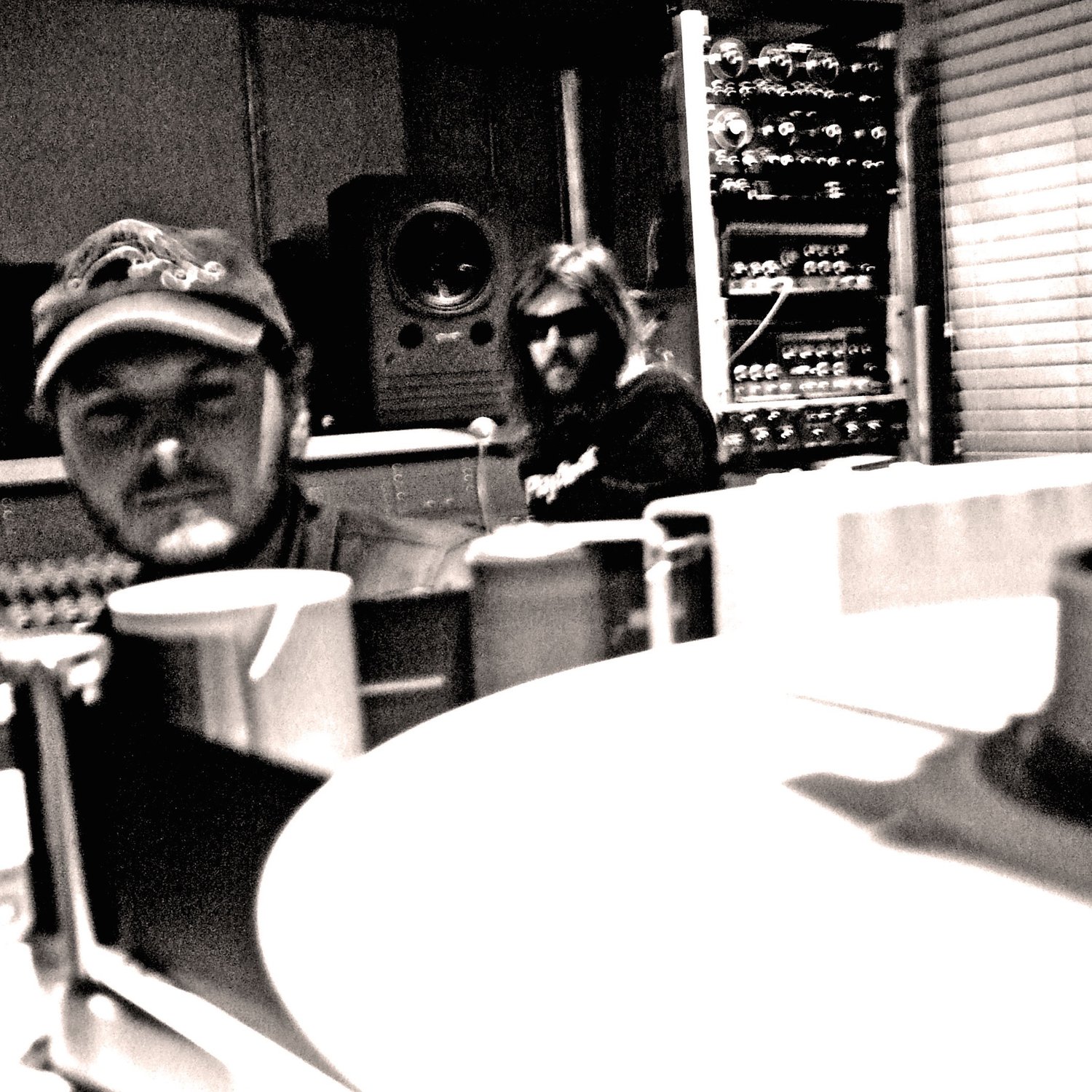 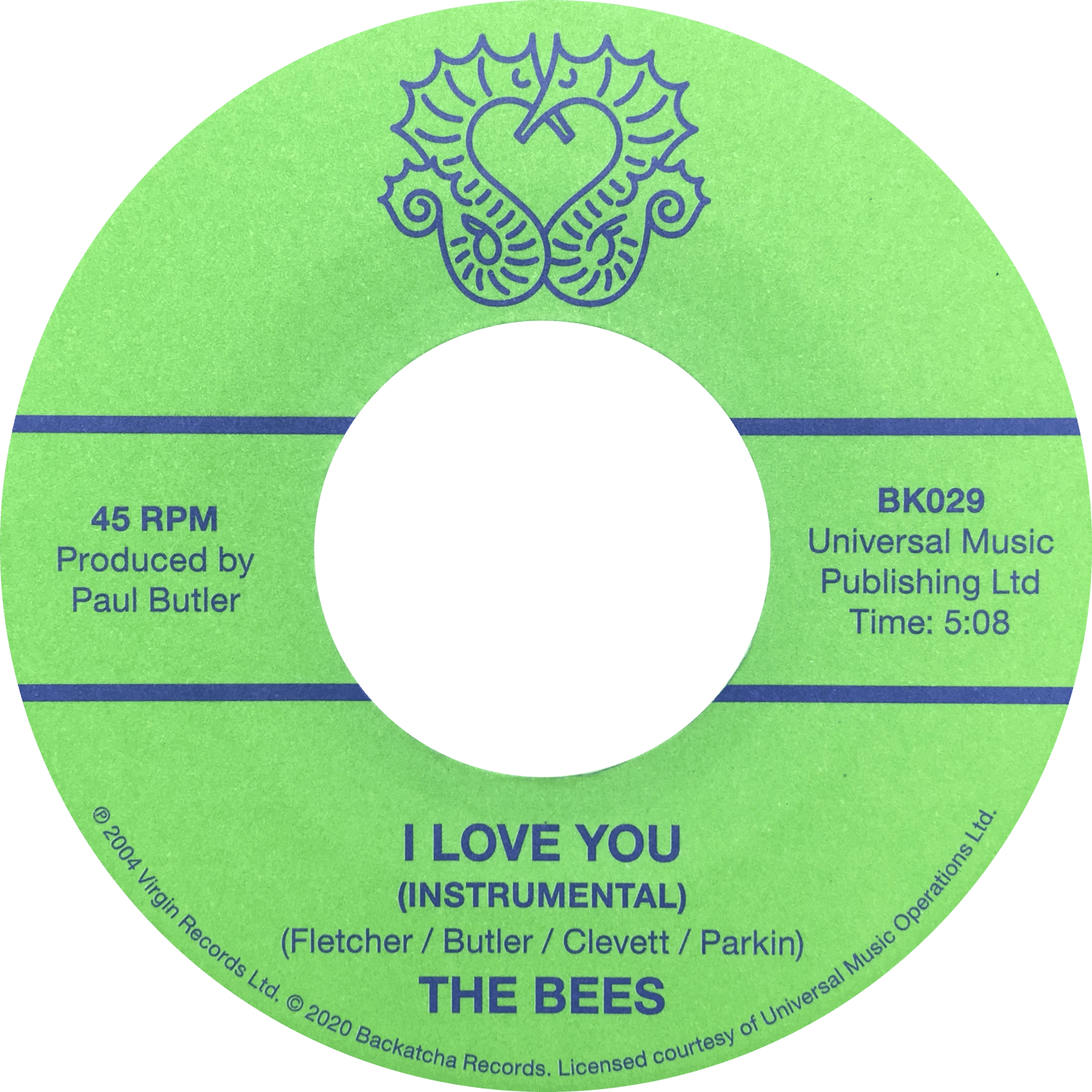