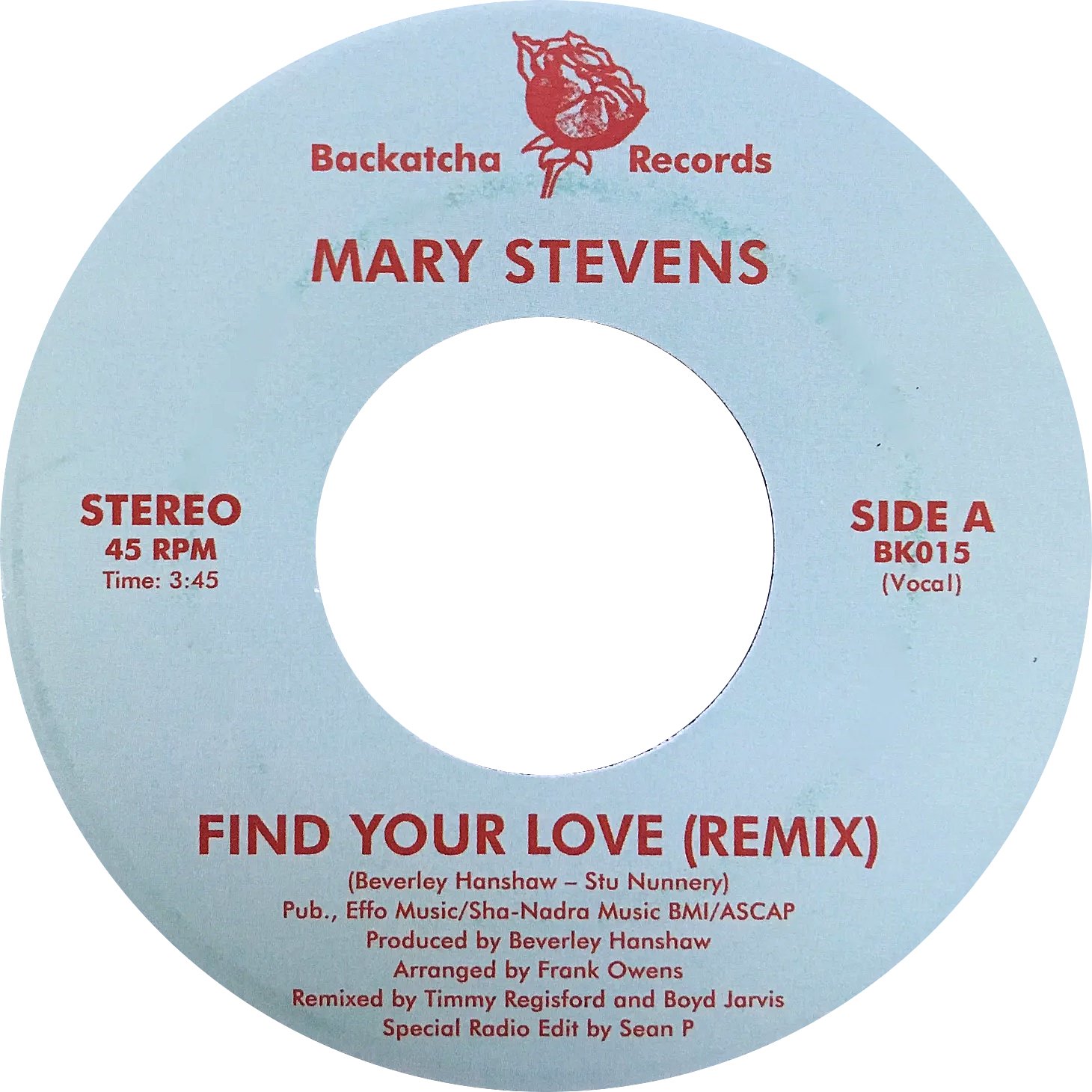 Mary Steven’s ‘Find Your Love’ (Remix / Original) made available together for the first time on 7” with Radio Edits by Sean P.

“I wrote and sung the song as a demo originally” says singer-songwriter and producer Beverley Hanshaw “My friend Mary and I used to sing together and she asked me for the track and we recorded a version. My husband at the time Frank Owens who played piano got all the musicians together to record the session”

Conductor-arranger-pianist Frank Owens had already worked as a musical director for many artists such as Petula Clark, Lena Horne, Freda Payne, Melba Moore and John Denver and had access to the best session musicians in New York.

Recorded in 1983, for a one-off debut release by an independent the credits are impressive. Brian Brake on drums, David Spinozza on guitar, Jimmy Smith on synths, Victor See Yuen on percussion... all established jazz sessionists in their prime.

As if that wasn’t already New York enough, Boyd Jarvis and Timmy Regisford put their ‘bedroom music’ stamp on things. The duo were given carte blanch to rework the song and make a gateway for club play with their signature synths, drum machines and overdubs.

Overseeing things, producer Beverley had moved to New York from Biloxi, Mississippi in her late-teens to become a professional singer. For the first few years it was tough working admin nine-to-five whilst looking for a singing gig. Then in the late-60s, along with Mary Stevens she became part of a six piece rock group popular on the East Coast called Mighty Joe Young and together they toured for a few years.

Before long, work came constantly and Beverley toured as lead back-up vocalist for Petula Clark for much of the seventies. “We went everywhere, Australia, Japan, Germany, Paris, we did Royal Albert Hall. I worked with Dusty too, love them both!” She also explained there was a downside to a busy work ethic. “Back then you would be in and out of the studio recording so much music, we didn’t always know if something came out or not. I’m finding out about lots of the tracks I was on searching online.”

In the early-80s, Beverley was in the studio as much as ever recording advertising jingles in between music projects. She reunited with her singing partner Mary Stevens who lived in Queensbridge to record 'Find Your Love' at Quadrosonic Sound studios in the heart of Times square.

As scenes changed into the ‘eighties, Beverley relied on a common sense approach, “When studio work slowed down, I found teaching opportunities and voice coaching work”. She is surrounded by musicians. Her late husband, the keys player and song-writer James Smith of Stuff had played keys for Aretha Franklin, Ben E King, Wilson Pickett, Harry Belafonte and Michael McDonald to name a few. “In the 1990’s We had a weekly residency in Greenwich Village that lasted for twelve years. I sang vocals for Stuff and we had a strong Japanese following who would always come. Jimmy and I were invited to Osaka, Japan for 3 months and I’ve been going back ever since doing vocal coaching.”

Whether it’s the original or the Jarford remix, ’Find Your Love’ sits easy amongst the most enduring classic boogie sounds of New York clubland. Amongst the first in a series of Backatcha 7” radio edits available now for your practical record needs. 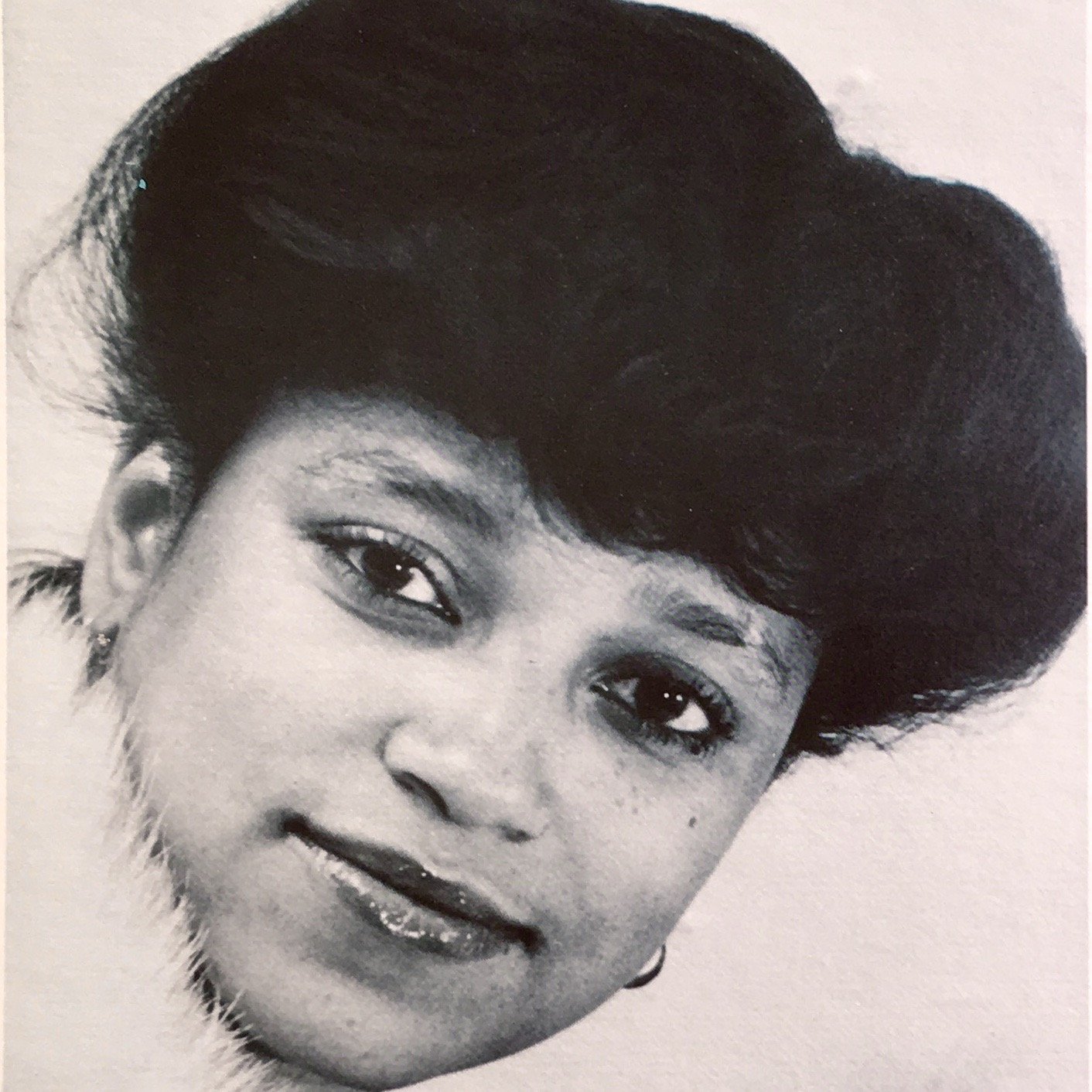